Ok, I think I can honestly say I know a lot of people are excited about the new Deadpool movie set to come out the weekend of Feb. 12th. You know what else is that weekend? You guessed it, Valentine’s day. The best part is that Marvel knows it’s Valentine’s weekend, and they are putting up all the best and funniest advertisements to get people to come see. 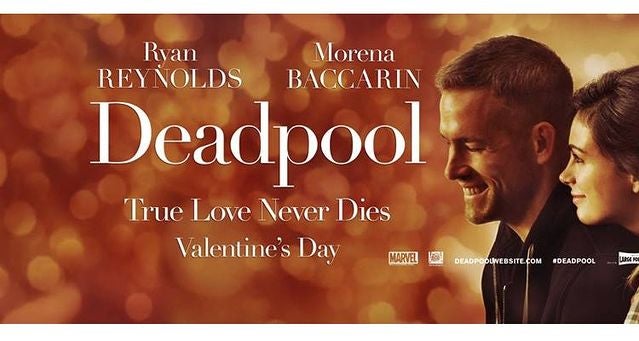 This looks like any typical rom-com featuring the adorable Ryan Reynolds, and it’ll make most of us do a double take when you read the name, I know I did. For most superhero fans, we know who Deadpool is and are pretty hyped about it, but what about those who have no idea who our comedic vigilante is? Let’s just say I don’t think you even need to know who this guy is to see he’s a goofball. 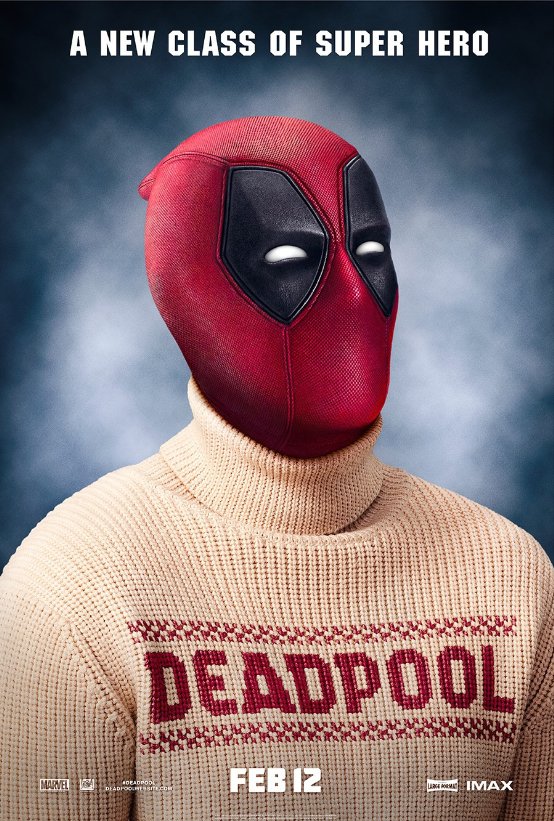 He’s as ridiculous as always. Even though we got a hint of what Deadpool was like in the movie X-Men Origins: Wolverine movie back in 2009, it’s finally great that we’ll be seeing him in his own light. I’m also excited to see the other heroes featured in the movie like Colossus, Angel Dust, and Negasonic Teenage Warhead.

As great as we’re all hoping Reynolds will be in the upcoming movie, this will unfortunately be his last superhero film. According to Cinema Blend, the actor said,

“We all want to be Batman alone at home in our specifically-sewn Bat pajammies, but no, I have no desire to play any other superheroes after this.” – Ryan Reynolds

Looks like he’ll be heading back to his rom-coms after this. What a shame, and I was looking forward for his witty Deadpool self to show up in another Marvel movie soon. Though he never necessarily said he wouldn’t do another Deadpool movie, he just said he wouldn’t be another hero, which, I don’t blame him considering the contracts are multiple movies long. Like they say, leave the best for last right?

I hope everyone bring their friends, their family and even their romantic partner and goes to see the movie when it comes out in the next couple of weeks. Stay tuned for the review! Squad Out.